The Resurgence of Pink

You might have noticed that the color pink has made a comeback in the past year or so. However, it’s not the typical bubblegum 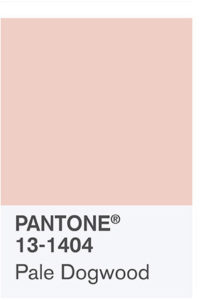 or hot pink tones that have been used for ages to market ~feminine~ goods. The pink of today is muddied and faded — it’s easy on the eyes and more mature than “little girl pink.”

Some say that pink’s comeback started with the release of the rose gold iPhone. By not directly calling the new phone shade pink, Apple was able to “convince the masses that pink is not girly, lame, or gay.” Subsequently, Pantone named “Rose Quartz” as one of its colors of the year for 2016 and has since acknowledged the hue’s staying power and popularity by listing various tints and shades, including a new favorite “Pale Dogwood.”

From there on-trend brands and pop culture have ran with this new version of pink and somewhere along the way, this new version of pink has come to represent female millennials and Pale Dogwood has been dubbed “Millennial Pink.” This color has been given a deeper meaning — one that goes against what is expected of the female sex. Old marketing tactics that used fuschia and hot pinks to try and push the idea of typical femininity, in turn, made those colors alienating and overly simplistic. Women who grew up with a skepticism towards pink and what it stood for are now finding it a lot easier to accept and embrace this new, muddied version. Researchers at Pantone have said that the Dogwood shade “plays well to a modern, high-end consumer base that is innately turned off by a category of color with too strong of a gender connotation.” 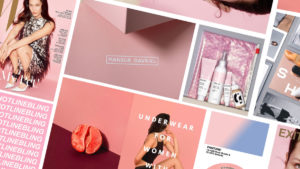 I’m not sure how long this color trend will last, but I for one am a huge fan. I grew up as somewhat of a tomboy; hating the color pink and anything girly. I’ve also always leaned towards more muted and dusty colors both personally and professionally in my work as a designer (when appropriate). The new versions of pink that have become prevalent suggest sophistication and a shift in branding norms. Who else is hopping on the pink train with me??

← How is a Social Media Strategy like your Thanksgiving Turkey?!
→ Why Good Design Matters To Your Business